My Grand-aunt Rita played an amazing part in my life, one for which I will be forever grateful.

In 2008, after my nana (grandmother) Mary died, Rita called me and told me she was adopting me as one of her own grandchildren. This meant so much to me. She was a very kind lady and she stepped into the role with complete resolve. I soon found out that if I didn’t call her at least once a month she would worry about me.

Rita was born on 29 July 1923 in Boston, Massachusetts. A child of Irish immigrants, Rita was the fourth of eight children born to Coleman Joyce and Annie (Loughlin) Joyce. She claimed that the registrar made a mistake on her birth records as name was supposed to be “Margaret Rita Joyce”.

During WWII Rita worked in the shipyards as an IBM keypunch operator. At the time her future husband, Arthur Lewis Overacker, was in the Navy. It is no know how they met, but her children believe it was while Arthur was on leave in Boston from the USS Clemson.

Arthur Overacker was later transferred to the destroyer USS Jenks (DE-665). Their he served as a sonar operator and was aboard for the capture of the German U-Boat (submarine) U-505 on 4 June 1944.

After the war, Arthur and Rita married on 5 October 1946 in Dorchester, Massachusetts at St. Margaret’s Church. 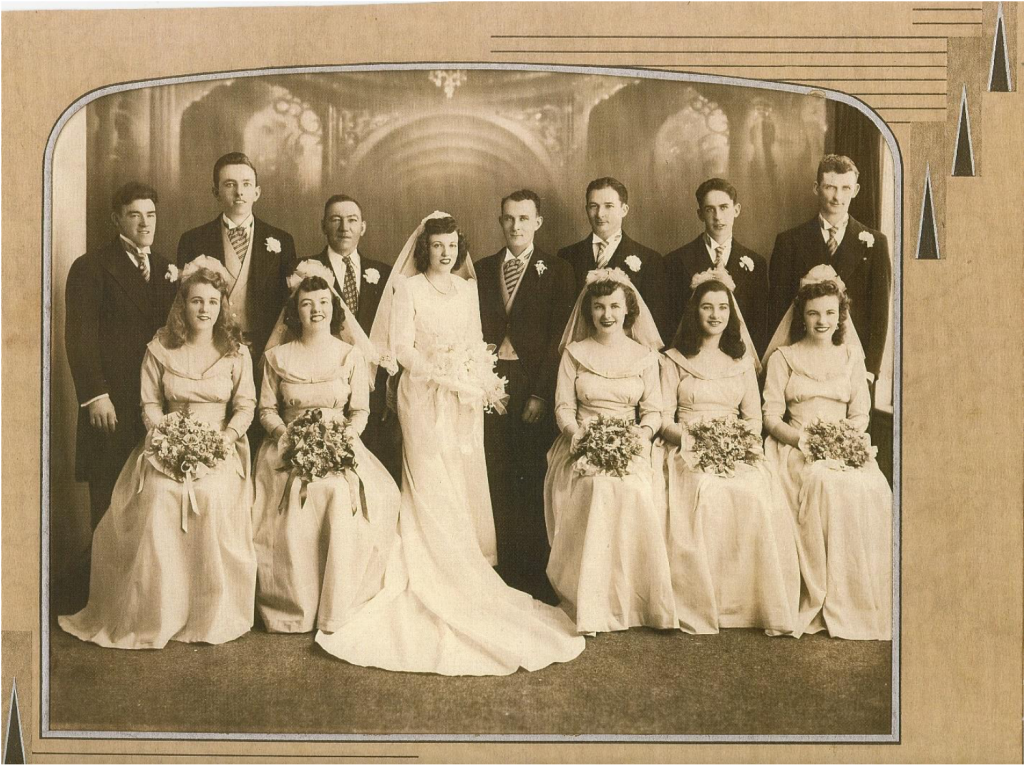 Like most Irish from Boston, Rita was an avid tea drinker. When later cautioned by her doctors to quit, she ignored them.

Always devout, Rita could be found at services every Sunday. She said she had never visited the church cemetery after her husband died, as her name and birthdate were already etched into the marble headstone. 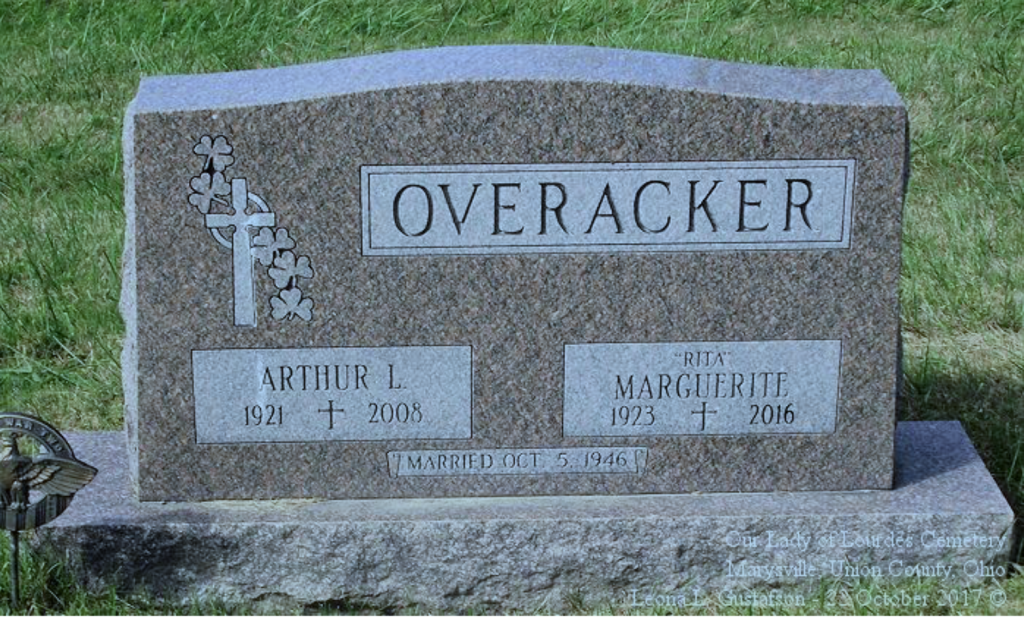 Rita died on 11 December 2016 at the age of 93 in Marysville, Ohio. She is buried at Our Lady of Lourdes Catholic Cemetery with her husband.