Andreas Joseph Tomalya was born 17 July 1874 and was baptized on 19 July 1874 in current day Toporec, Slovakia. His birth date is before his baptismal date, but is hard to read, hence the arrow. His parents were Jacobus Tamalya and Catherine Akuratni. Since this was the time of the Austro-Hungarian Empire, some U.S. records say he was Hungary, and others say Austria. However his native tongue was always listed as Slovak.

In 1900 Andrew departed from Bremen, Germany on his way to New York, United States with a final destination of Connecticut. After he arrived he started using the name Andrew Tomala. He landed in Torrington, Connecticut where he started as an employee of Union Hardware Company.

On 2 February 1907 at the age of 32, he married Anna Mary “Annie” Koval at Sacred Heart Church in Torrington, CT. Annie was also a Slovak speaker from the Austro-Hungarian Empire. Their marriage picture shows Andrew and Annie wearing traditional Slovakian wedding garb. The others in the picture are unknown. 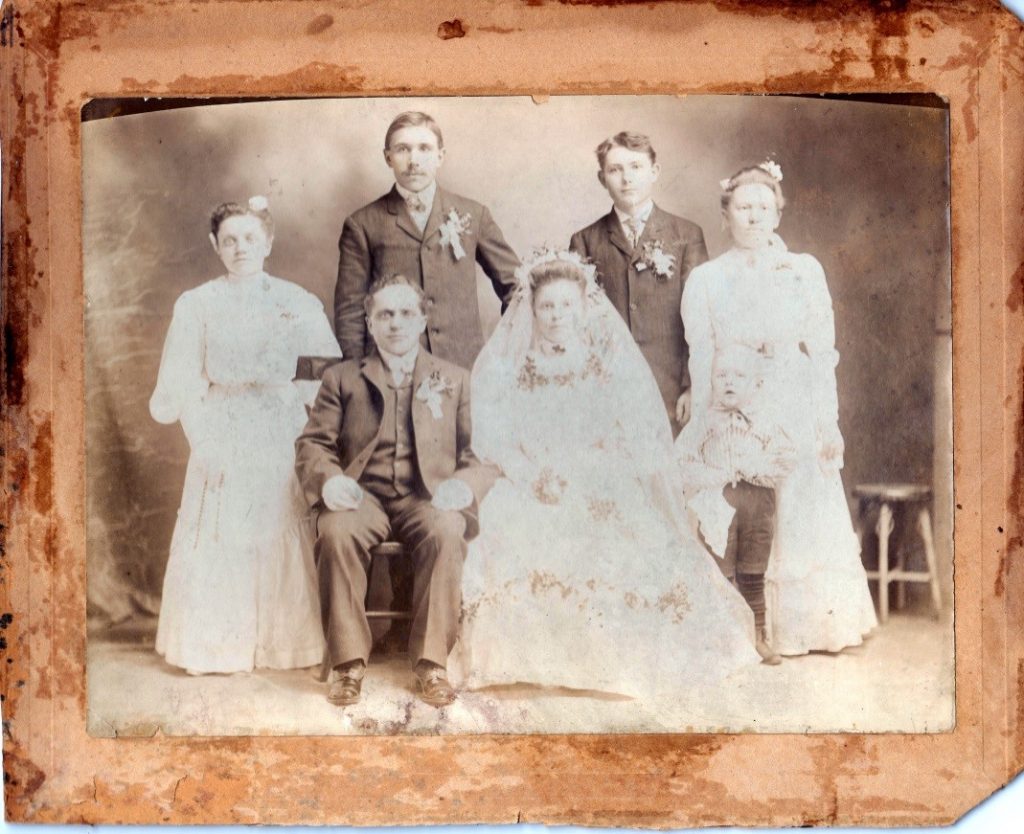 Andrew and Annie continued living in Torrington and Andrew went to work for Coe Brass Manufacturing. They would have eight children, one of which was my grandmother Julia Margaret (Tomala) Grinvalsky [1915-1988]. 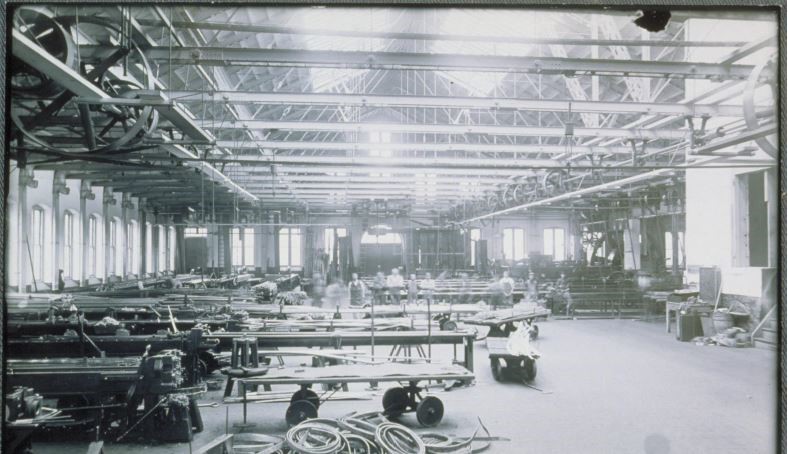 On the 1920 census Andrew was an employee of American Brass Company which had bought Coe Brass Manufacturing. On the 1930 census, Andrew had been promoted to a foreman.

Unfortunately, Andrew died on 24 January 1933 at the age of 58 of a heart attack. The problem is his death certificate and headstone. On every document he filled out he always used his true birth date of 17 July 1874. However, on his death certificate, his birth year is listed as 1880. No birth month or year was listed, even though the informant was his wife, Annie. He was buried on 27 January 1933 at New St. Francis Cemetery in Torrington with the incorrect birth year of 1880. 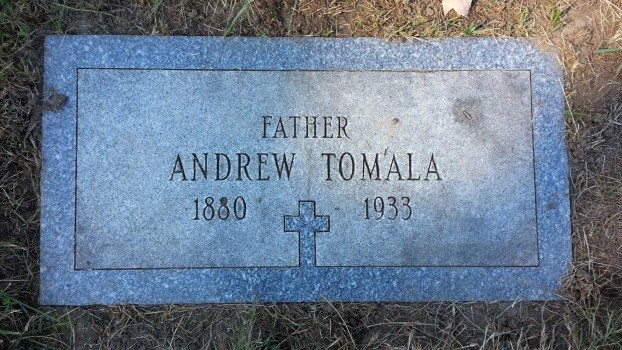 My mother grew up in the small town of Torrington, Litchfield, Connecticut.  The population of Torrington was 36,383 as of the 2010 Census. That may not seem all that small but it is if you’re related to half the town.  Jonas “John Michael” Grinvalsky & Anna Zaharek had seventeen children between 1901-1926, many of whom stayed in Torrrington, CT and had children of their own. John Michael Grinvalsky also had two sisters and a brother that came from Slovakia and settled in Torrington, CT. They all married and had between six and nine children of their own who then would marry and mainly stay in Torrington, CT. Anna Zaharek had two brothers and a sister come over from Slovakia as well and settled in Torrington, CT. Combined her siblings had 20 children born in Torrington who then had children and so on. Remember, this is just my mother’s paternal side.

Mom’s father is James Jacob “Jack/Jake” Grinvalsky, one of the seventeen born to John Michael & Anna Grinvalsky. He would marry Julia Margaret Tomala and have four children, mom being the youngest. In kindergarten, my mother would meet her best friend of sixty two years. They went through school together and both attended St. Francis Hospital School of Nursing in Hartford, Connecticut. After graduation, my mother went to work at Mass General in Boston, Massachusetts. Her best friend returned to Torrington, CT, married her high school sweetheart and had two children.

In 1998 what they had always joked about actually happened. One of her best friend’s sons announced he was engaged to be married. He would be marrying the granddaughter of my mother’s Aunt Susan Grinvalsky [her father’s sister]. The wedding took place in 1999 in Torrington, Connecticut with my mother in attendance. It was a beautiful wedding, but for best friends of 62 years it meant even more. My mother and her best friend were now legally cousins, remain close, and will be attending their 50th High School Reunion together this fall. 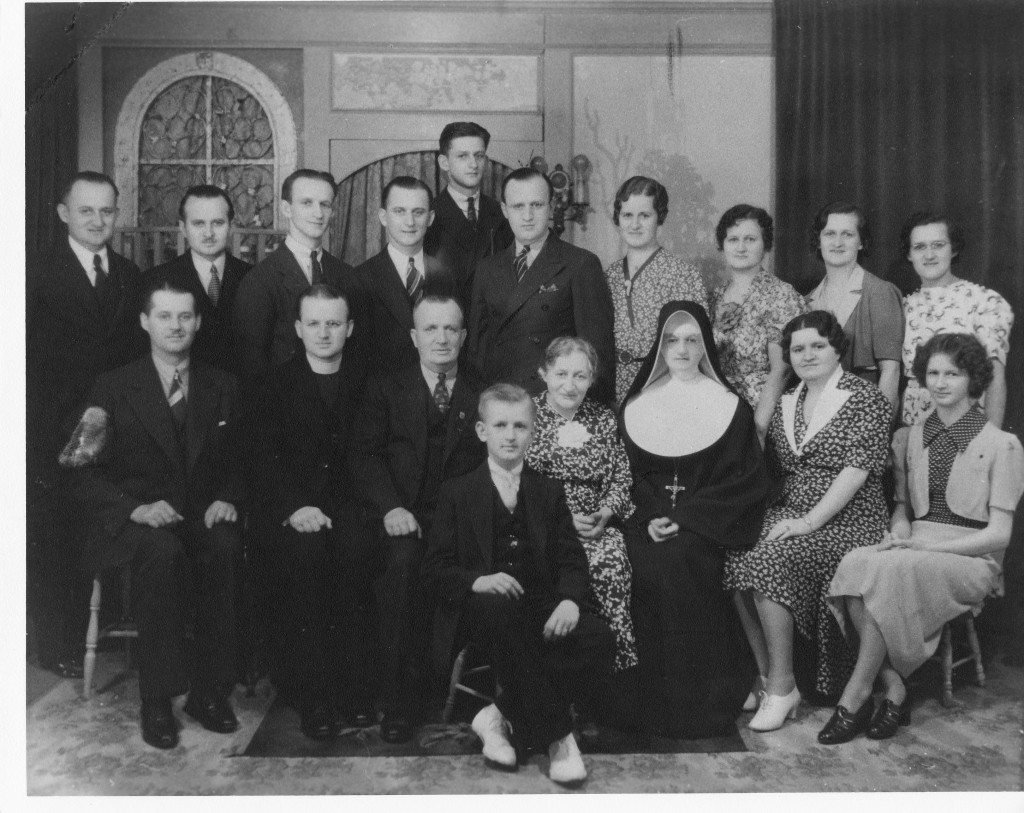 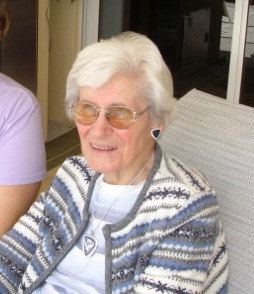